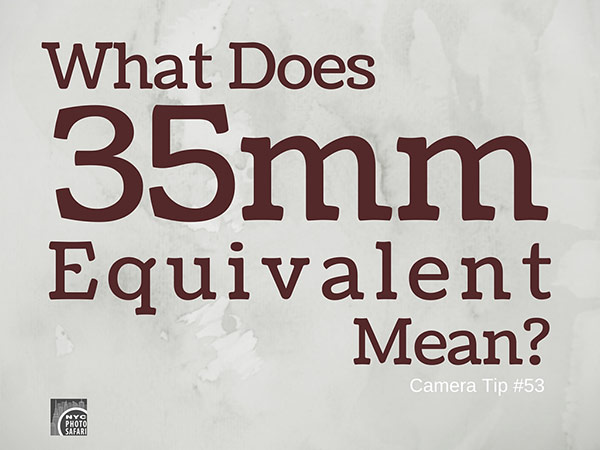 Very often when a camera manufacturer gives a focal length specification for a lens they also indicate the "35mm equivalent". But many consumers have no idea what it means and why it's important. If you are comparing the focal length of a camera/lens, you must look at the 35mm equivalent if you want to compare apples to apples. Otherwise you don't know what you are getting.

So what is it? When we were using film, the vast majority of cameras bought and sold used 35mm film. So this became a standard. From one camera to the next, a 50mm lens was a 50mm lens whether you had it on a 35mm point and shoot camera or a 35mm SLR camera. It didn't matter; everyone was looking at the same thing. With the advent of the digital sensor, there is now less of a common standard. The digital sensor comes in many different sizes. As a result, a 50mm lens on a full frame sensor (often called FX sensor) does not look the same as one on a cropped sensor (often called DX or APS-C). These are the two common size sensors in DSLR cameras. If you are using a point and shoot or a micro 4/3 etc you will have a much smaller sensor.

This is important to uderstand if you are shopping for a camera, especially a point and shoot, and you want to compare the focal length of lenses on different cameras, you need to compare the 35mm equivalent and not just the numbers on the lens itself.

Here is a good example. This photograph of New York City was taken on a full frame sensor with a 20mm lens. 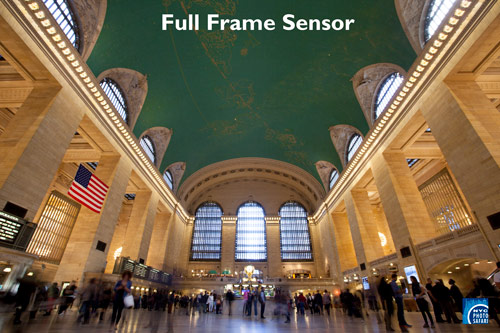 The gray area of this image shows what the image would look like if you were using the same lens on a DX / APS-C sensor. 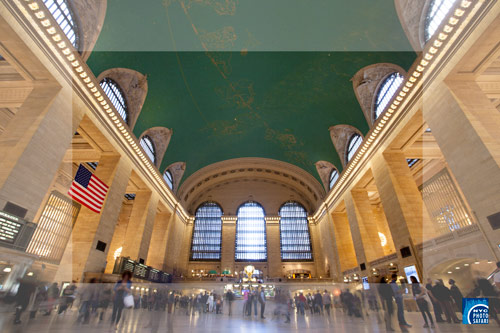 Here is the image without the gray area. 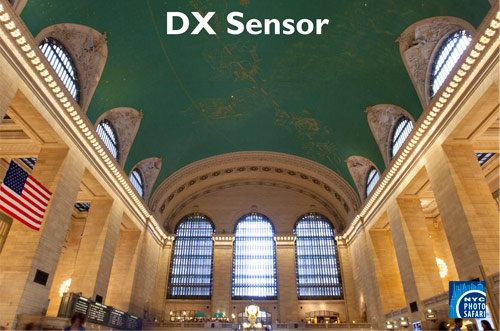 As you can see the image feels like you are using a lot more zoom or more focal length. This means that if you are looking at a point and shoot camera that says it has a 18-55mm lens it is not the seeing the same things as a full frame camera using the same lens. To reiterate - if you want to compare apples to apples when it comes to how much zoom or wide angle you have in lenses look at the "35mm equivalant"