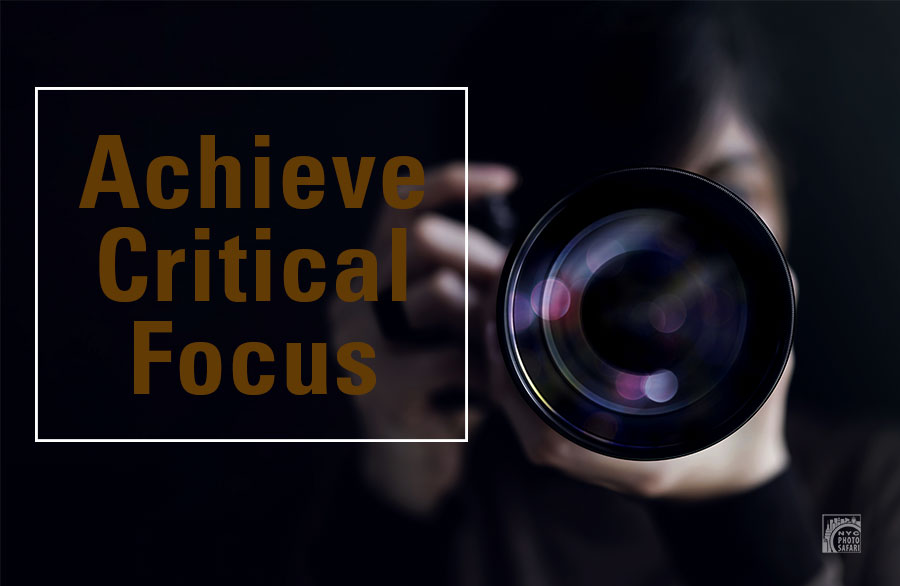 Is it more accurate to use your LCD screen rather than your viewfinder? This is potentially true but only with a DSLR. Why? Because when you are using your LCD screen you are focusing directly via the surface which is used to capture the image. While the use of the view finder means that you are viewing an image via a series of reflections from mirrors. The belief is that if any of those mirrors are misaligned then achieving focus manually is nearly impossible. The reason that these mirrors might become misaligned would be due to vibration or a drop.

As a result of this many bloggers are keen to suggest that you must use manual focus in what is commonly known as "live view". There are multiple problems with this suggestion. First, this is nearly an impossible to do if you are photographing a moving object or hand holding the camera. However it is very possible to manual focus while photographing a moving object if you are using your view finder; after all that's what we did before the advent of auto focus! The reason for this is simply the ability to rest the camera on your forehead making it easier to handle the equipment, rather than suspending it in front of you. Secondly, even if your camera's auto focus system is off by just a bit this problem is easily masked by closing the aperture down by one or two stops: gaining depth of field. If you are taking photographs in daylight it's likely that you are closing down to begin with. If you are taking photos at night it's likely that you are on a tripod and are certainly able to close down your aperture. In both cases the longer depth of field would resolve any minor focus problems. The last and most important factor is good eye sight. It is believed that over 75% of people living in the United States require some sort of glasses. The statistic did not indicate the actual number of people who wear glasses, only those who require them. This in and of itself makes the case that using your own eyeballs is probably not a good idea for about 75% of the American population.

What about mirrorless cameras? Mirrorless cameras, as the name implies, do not have mirrors therefore you are always using the image directly from the sensor to focus. It is the same whether you are using the viewfinder (which is a small lcd) or the large lcd on the back of the camera. However, using manual focus with a mirrorless does not negate the eye problems mentioned above. But what about focus peaking? Focus peaking is a system available in most mirrorless cameras which electronically highlights areas that are in focus. It is meant to help people manual focus, but doesn’t this mean you are still using the camera’s technology to focus? So why not just let the camera do it by using auto focus? The key reason to use focus peaking is when you MUST use manual focus because the camera’s system fails to automatically focus on what you want it to focus on, and also for low light conditions when autofocus fails. Do consider that in the first instance the camera did not fail, it simply did not know exactly what you wanted.

What about mis-calibration? There is also a belief that your camera's auto focus system may not be calibrated properly. Although this is actually possible the probability is quite low. You can test for this and you can have the manufacturer fix this as well.

If you insist on using manual focus with live view, try magnifying the image to 100%; it will help a lot. But do consider that manufacturers have spent more than 40 years and millions of dollars researching and perfecting auto focus. So although in theory you might be able to get better focus by using live view with 100% magnification, in practice it’s not a good option and perhaps it's a good time for us to start trusting the technology that we pay for.

So how do you achieve critical focus? 1. Use AUTOFOCUS. 2. If it fails then use your own eyes, but for the love of photography make sure your prescription is up to date!