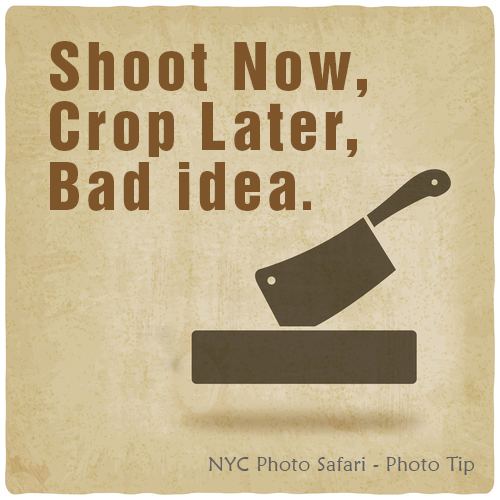 One of the most egregious pieces of photography advice out there is take all your photographs horizontal and then crop it vertical later. First, the purpose of using a camera with a larger sensor is more resolution. By cropping nearly 2/3 of the image, you have now lost 2/3 of the sensor along with all the resolution you paid for. Furthermore, if you just crop the middle then it is extremely likely that you have also lost the angle.

Although there is nothing wrong with cropping, because sometimes it's what you have to do, why not just shoot to frame? By taking a little extra time to consider the vertical image, you will likely have more to work with in post production. And likely a better picture as well.

There are different benefits and constraints to consider when you are shooting a vertical versus a horizontal. So always decide carefully how you want to shoot the image. And if you can't decide, then shoot one of each. It's digital and it's free!