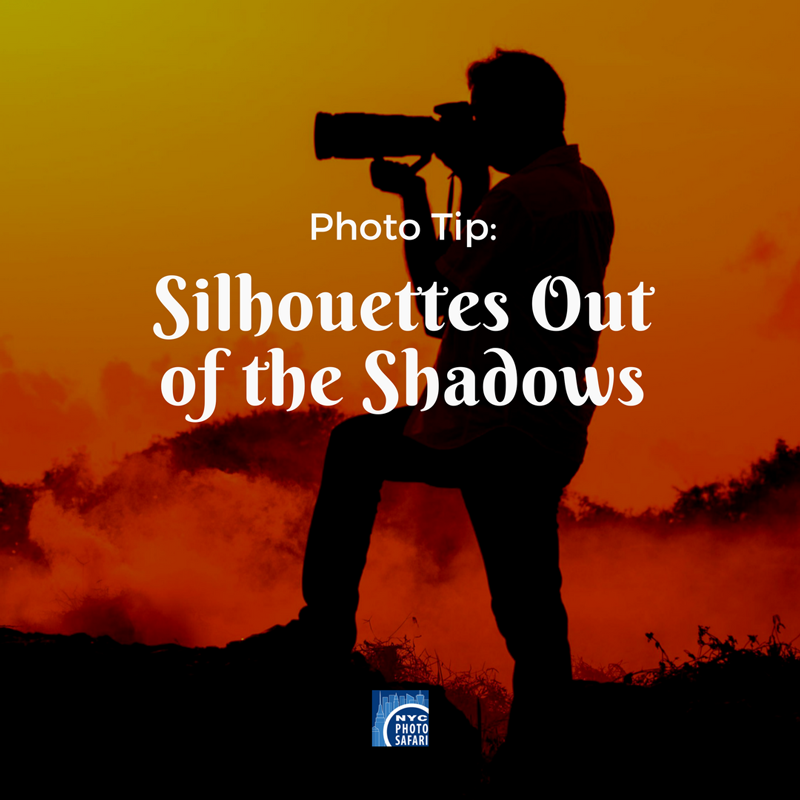 As defined by the Oxford dictionary a silhouette is a representation of someone or something showing the shape and outline only, typically coloured in solid black. However in photography, a silhouette is often defined as a black object in front of a bright background like the image below.

To create a silhouette like the one above, you need more light in the background than on the subject you are photographing. Since the human eye sees a much longer range in light densities than does a typical camera, sometimes it's difficult to recognize the fact that your subject is going to be black. This is often the case when a people take photos that look like the one below. They believe that the camera has failed when, in reality, the camera actually gave the photographer a good exposure. So if you see an image like the one below, try under exposing it by 2 or 3 stops and see what happens.