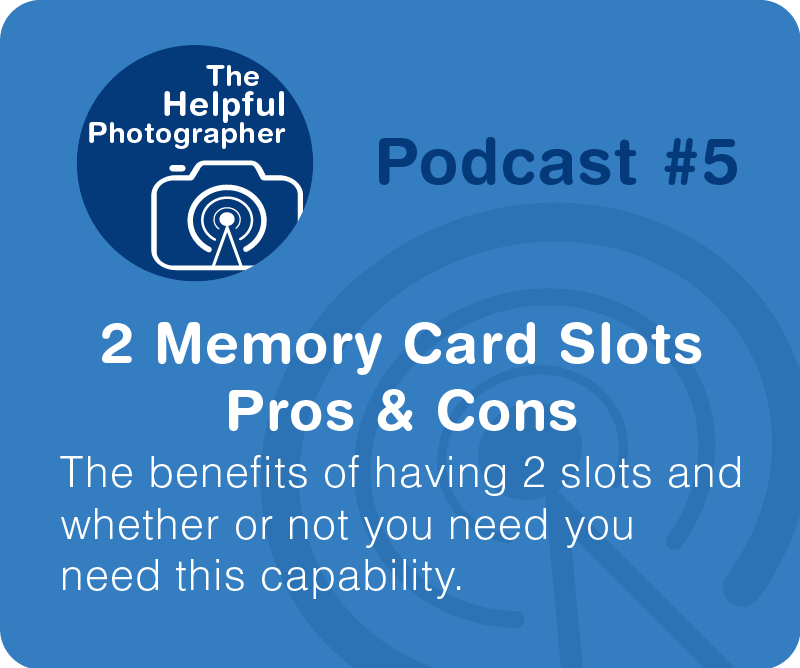 It should be noted that when you write to both cards at the same time, your camera will write more slowly than if it were writing to just one card at a time. While most high end cameras allow you to fire shot after shot after shot, you may find the camera will stall after 15 or 20 shots when you are writing to two cards. It should be noted that when writing to two cards at once, your camera will write as fast as the slowest card you have in your camera. Therefore it is recommended that both cards are equally fast.

As you can see there are many advantages to having two card slots. The disadvantage is price and size. Cameras with two slots tend to be much more expensive and tend to be a bit larger to accommodate the second card. Whether you need it depends the kind of photography you do most, for instance if you are shooting things where it’s difficult to get a reshoot such as traveling to remote locations; it’s helpful to have a backup. What this comes down to is how much you value the time and effort you put into your photography. The decision is yours.