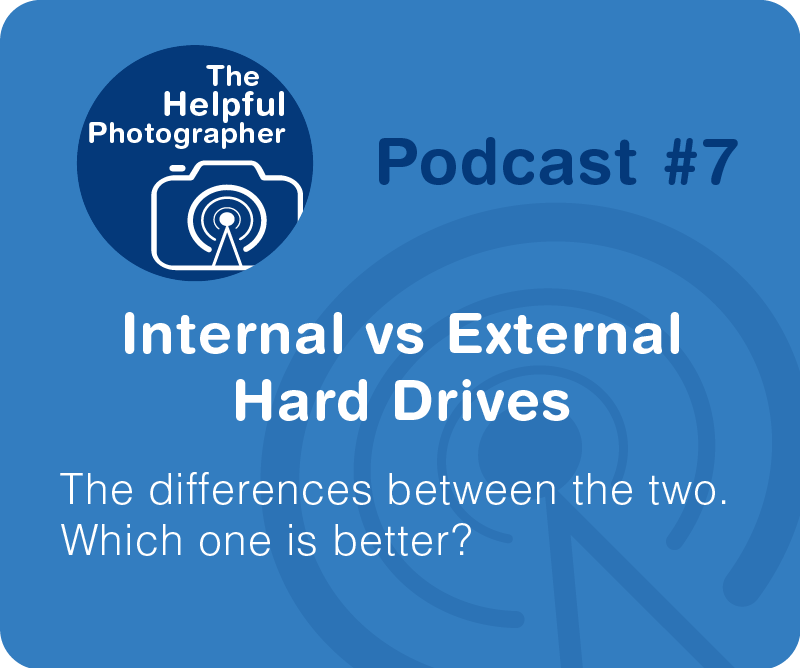 The fifth difference is where many people get a little bit fuzzy.
Whereas a conventional hard drive is constructed with an array of spinning disks. Imagine a CD player that has several cd’s inside all spinning at the same time. The more disks a drive has the more data it is capable of storing. While a solid state drive has no moving parts; imagine writing on a chalkboard verses writing on spinning disks. It should be noted that your camera’s memory cards are basically simple solid state drives.

Because the conventional hard drive has a lot of moving parts it tends to be physically larger than a solid state drive. And due to the moving parts it’s more likely to break down. Remember the rule of thumb, “the more moving parts the more things that can break”. So right off the bat we see some really great advantages to solid state drives. But there are some disadvantages too. From a user perspective there is no difference between a solid state drive and a hard drive; we connect them in our devices and we store our data on them. Whether you connect a drive externally via usb or internally via sata they are essentially the same.

Although it can be argued that the hard drive that came pre-installed with your computer is not the most highly rated drive, it cannot be argued that it is in anyway worse than an external drive. Furthermore, this engineer further told me that they were having problems because people were buying cheaper external drives, cracking the case and putting them inside their computers or RAIDS and expecting the same level performance as an internal drive. As a result, their devices were experiencing higher rates of failure. Because these drives weren’t meant for such high usage.

I also want to be clear, many people consider a RAID or a NAS to an external drive. Although they meet the definition of external drive because it’s not inside your computer, these drives often use standard internal drives and often use drives with an even higher rating to insure their life. The external drive I’m referring to here are the ones you stick in your back pack for extra storage or even the desktop version like the western digital passport. What I’m getting at here is that you should trust your internal hard drive more than your external drive if you are concerned about hard drive failure. By the way, regardless of what you use you, I hope you are backing up your data. I’ll post a podcast on backups in the next week or so.
One last point on internal vs external. Almost all external drives connect via USB while almost all internal drives connect via SATA. And although a USB3 connection is supposed to be as fast as an internal SATA connection, USB 3 connections usually are not. Since I’m looking at lots of raw images which require a lot of speed, this is why I store my images on multiple internal hard drives. Because viewing images that sit on an external drive is just too slow and way too painful.