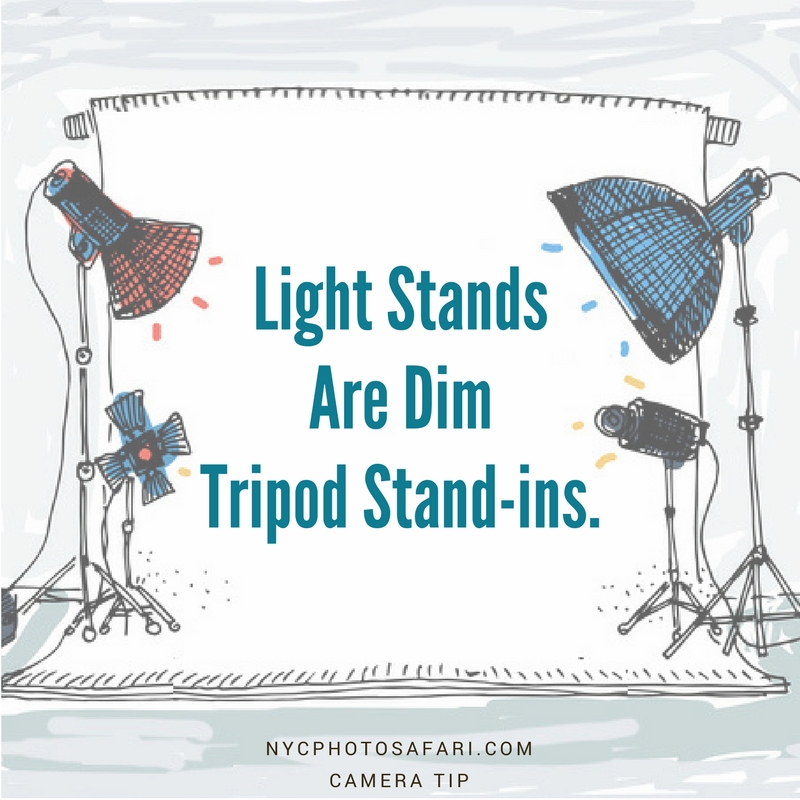 In a previous post (Choosing a Tripod) you will find information about shopping for tripods. Now we'll discuss why a light stand is not a good choice for a tripod.

The Oxford dictionary's definition of a tripod is: A three-legged stand for supporting a camera or other apparatus. So although a light stand meets the technical definition of a tripod, it was meant to support a light, not a camera. Most light stands are not built for stability the way camera tripods are because you generally do not need your light to be particularly still. As a matter of fact, although light stands are strong enough to hold the light they are still reasonably prone to tipping. Therefore, it is often recommended to add sand bags to your light stand, even if you are in a studio, just in case someone trips over it. This is not often the case with a camera tripod. The only reason to weight down a tripod is under windy conditions.

Comparing a light stand with a camera tripod, you will see that it's mostly a center column while a tripod is mostly legs - thus making a tripod much more stable. It should be noted that a light stand has the same 1/4" screw at the top of a stand that is used on a tripod. Therefore the light stand can be used to support a camera in a pinch and a light stand is all that you have. But please don't use a light stand for a tripod. This is highly inadvisable.