This Saturday evening from 8pm-midnight, the Empire State Building will be illuminated with gigantic photos of endangered species. It should be an amazing display and a great chance for any photographer to capture something unique and beautiful. But the question is, “What’s the best way to do this?”
First you will need to find a clear shot of the building. It is reported that the projections will be on the south facing side of the building, and the best angles of the south facing side of the Empire State Building are along 5th avenue north of Madison Square Park. If it is possible to find a rooftop even better.
Taking photos at night always presents problems due to lack of light. Here are the potential problems and solutions while photographing this event:

Problem: Lack of steadiness due to slow shutter speed.
Solution: A sturdy tripod. Be sure to turn off Image Stabilization or Vibration Reduction if you plan to use a tripod.

Problem: Focus – it is often difficult to manual focus when it’s dark out. The camera may also have problems with focus as well.
Solution: Try using the magnifying function in live view. Stop your aperture down to f/11 or f/16

Problem: Camera shake due to shutter release.
Solution: Use Live View or Mirror Lock UP along with a cable release or use a timed release.

Problem: Empire State Building and the images projected are blown out, due to the fact that the background is very dark relative to the building and projection.
Solution: Under expose the image by about 1-2 stops or until you get the right exposure on the building w/ the projection.

Problem: Even after following the suggestions above, the images are still not sharp due to camera shake.
Solution: If you have turned off IS/VR and you are using a remote/cable shutter release the problem likely lies below your feet. In Manhattan, there are numerous subway lines and tons of traffic moving by every road and this may add vibration to your image. If you are on a rooftop you may have problems with the wind or even the building. Buildings move and sway – the taller they are the more likely they are to move. If you are on a balcony there is a greater likelihood of movement. The best you can do is to speed up your shutter speed. This will make it difficult to shoot f/16. You will need to either bring your ISO up or you will need to open up your f/stop. If you are sure that you have good focus there should be no reason why you wouldn’t want to simply open up your f/stop.

Problem: What mode to shoot in?
Solution: If you are having focusing problems, you would probably want to use Aperture priority and set the system to f/16 or there abouts. If you are having problems with shake you will want to use Shutter Priority and set the fastest shutter speed you can get to without having to compromise your ISO too much. If the projected images are fairly consistent in tone and contrast and there are not a lot of clouds moving in and out of the sky, then you can use Manual mode.

That’s it. Have fun everyone.

Please note that the images in the NY Times article of the ESB is a computer generated mock up of what they would like it to look like. Whether or not it will look this dramatic is yet to be seen. Further more the image is taken from the west facing east. It is reported that the images will be projected on the south side of the building which means you will be facing north. 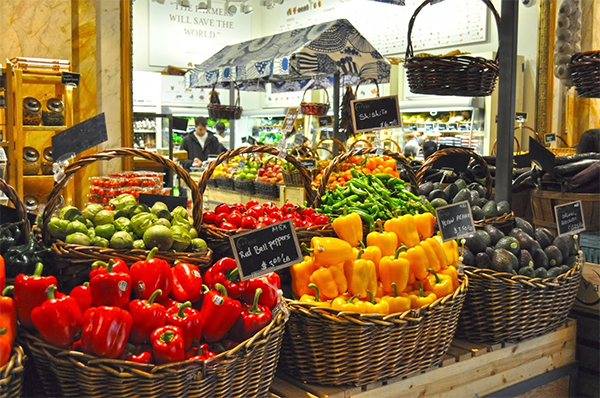 There's nothing better than combining food and photography. After a long day of shooting it's great to sit down and to a fine glass of wine and some comfort food. But what about photography and food

Sad that the holidays are over? Looking for something to photograph in this cold weather? Why not head indoors to the Bronx Botanical Gardens and visit their Annual Holiday Train Show? It's a great opportunity to take some unique and fun photographs while staying warm and toasty indoors! For more information click here: http://www.nybg.org/
Rockefeller Center has announced that they will light the Christmas Tree on Wednesday December 4th. Whether or not you will be there for the actual tree lighting we do suggest you drop by the tree for some great photos. Get there early or late. Crowds tend to be heaviest later in the day and also closer to Christmas. If you wait until after Christmas the crowds will have dwindled considerably as well. The tree will be on from December 4 - January 7th.

Despite the fact that this groundbreaking sitcom was primarily filmed in L.A., its most noteworthy location—the diner where Jerry, Elaine, Kramer and George (as well as the assorted motley characters who populated the series) hung out—is a 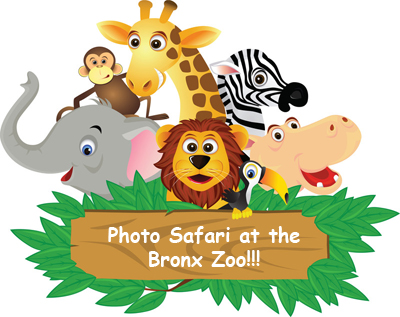 The Bronx zoo is the second largest zoo in the United States behind the world famous San Diego Zoo. Started by what is now known the Nature Conservancy, the Bronx Zoo offers spectacular opportunities for photographing wildlife (both in front of and behind the fence!).

If you are headed to Africa for a Safari book a Private Photo Safari with NYC photo safari before you leave and let us show you how to take better photos before you get chased down by that lion.